Another month passed without any offers on our houses, so it was time for another little overnight outing to keep the rig in shape.  Noting the delightful Texas summertime temperature, we decided to look for somewhere shady to camp. 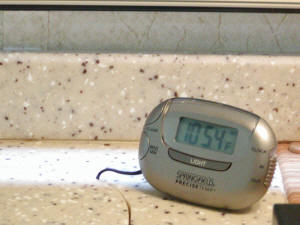 Live Oak Ridge Park, a Corps of Engineers campground near the dam at Lake Belton (near Killeen) filled the bill nicely, with tall trees and plenty of room to spread out.  We had driven the 60 miles up to Belton in a MCF (Multi Car Formation) because Debbie was going on up to Dallas the next day in her car.  So here's some rare footage of the moho together with the sleek white beauty (Subaru wagon): 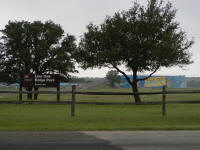 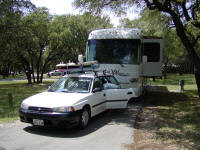 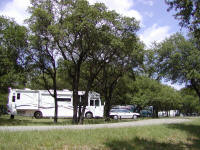 We headed over to Temple Lake Park to windsurf.  The winds were fairly light, but we both got in a little sailing that afternoon, with me trying out my "new to me" 10-year old Electric Rock board.  It's a good bit smaller than my old Astro Rock, which will be great in high winds, but it's pretty tippy when there's not much breeze to help maintain balance.  The story behind the splotchy white color scheme of the "new" board is that it was stolen years ago and the thieves had tried to cover their crime by sanding off the normal colorful graphics these classic Bic's were normally adorned with.  Their efforts to hide the board in plain sight failed, however, when the owner spotted it one day and confronted them.  I kinda like the stealth of the thing now though. 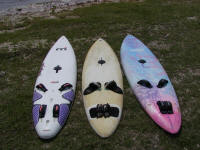 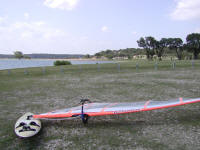 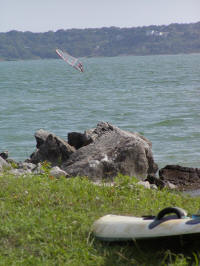 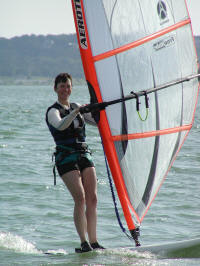 The next day Debbie left at dawn for Dallas, while I de-camped and decided to head back to Temple Lake Parkto check the wind.  In a word, ZERO.  I mean, it was dead calm.  It looked like the calm before the storm to me, so I decided to perch the Alfa in a nice spot, literally overhanging the lake, and see what happened.  Sure enough, after a while the breeze picked up enough that I decided to rig up and go sailing.  Didn't really nuke, but it did blow just hard enough that I finally got a couple of planing rides on the new E-Rock, enough to convince me that the $90 was going to be money well spent. 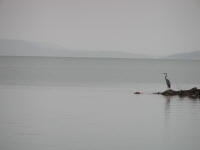 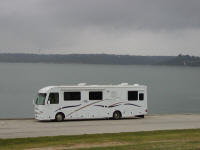 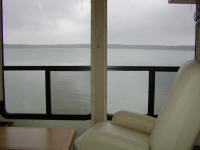 Before putting the rig back in place at our home base that afternoon, I took the opportunity to stop off at the new "high bay" car wash that's right on the route home.  Unfortunately, I apparently got a little carried away spraying around the central air conditioner area and got some water into the control circuits.  Despite my running the generator and the A/C on the short drive home, the temperature upon arrival was something like 110 degrees INSIDE the coach!  Apparently the relays had shorted out and the propane furnace had turned on.  Not a good thing!  Luckily that all dried itself out eventually and the A/C finally kicked in without supplemental heat.  But 'twas sure miserable for a while. 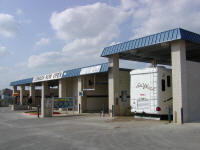