We continued our leisurely pace with a 100 mile trip from San Francisco to Sacramento, where we stayed for three days.  The Cal Expo RV Park is actually in (and some would say part of) the parking lot of the Cal Expo grounds, where they hold the state fair and other huge events.  Some parts looked like a real RV park, with pretty fall-colored trees and whatnot.  Our part looked like a gravel pit with light poles. 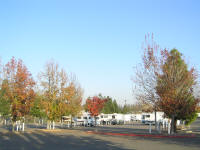 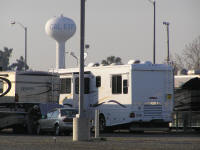 But we knew that going in--people unanimously said it was merely a good place to stop for a couple of days and its location was convenient.  They were right.

Our neighbor had an internet satellite dish like ours, but his was tripod-mounted, while ours is permanently mounted on the roof.  To deploy our kind, you click something on the computer and everything happens automatically.  To deploy his kind, you get out there and move it around manually, and the dishes for internet are substantially pickier about their aim than TV satellite dishes.  He spent about an hour fiddling with it, going back and forth into his RV.  Don't know if he ever got it working, but it was packed up again by dark.

Ours is much better.  No worries.  Well, unless your highly-paid professional installer mounts it where the TV antenna runs into it from certain angles.  Grrrrrrr. 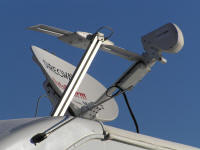 The tripod users do have an easier time if parked somewhere with a lot of trees around, since they can just move the dish around to a clear spot, while we'd have to move the whole RV.  That wasn't an issue in this particular site though, being a gloriously satellite-friendly sea of gravel.

And by the way, if you see one of these tripod mounted internet satellite dishes, don't stand in front of it because it can burn a hole in your head.

Carey took the bike for a ride on the American River Bike Trail, which had an access point right at the RV park.  Fortunately, we were there after the rash of robberies and before a convicted murderer and a convicted armed robber escaped from the California Youth Authority and were being sought on the part of the bike trail behind Cal Expo.  That would be the "here" in the picture below: 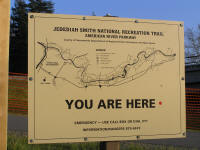 Despite these minor vexations, it really is a nice trail. 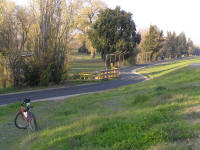 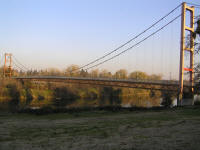 We took a day to look around town, including Old Sacramento and the California State Railroad Museum. 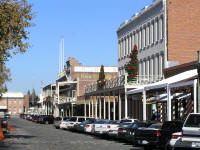 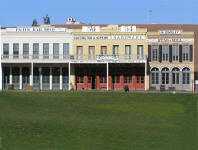 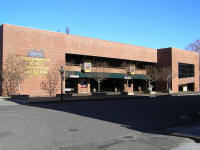 We blew the entire afternoon looking around the museum, somewhat to our surprise.  But it's incredibly well done, with interesting and informative exhibits and lots of real train cars inside.  Both of Carey's parents are train aficionados, and my only uncle was a train engineer.  So now that I think about it, I guess we had some interest already programmed into us.  And the whole story of building the railroad across the country, especially through the mountains, is pretty amazing. 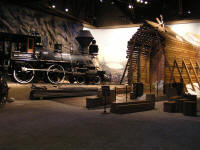 The post office car in the photo below looks like a model when viewed from the second level.  The white pole thing is where the mail bag was hanging, for the guy on the train to snatch it at a station where the train didn't stop.  The mail sorters would live on the train and do all the sorting while en route.  Pretty efficient. 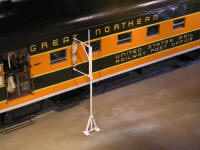 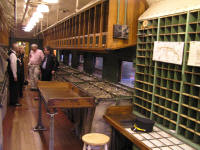 Below is the inside of a private car.  Back in the days before million dollar custom motorhomes, these were the way to travel cross-country in luxury.  Swank. 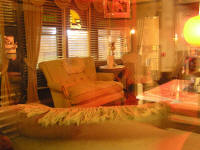 This will give you an idea of the size of the building; Number 4294 below is an enormous cab forward engine, which was designed with the sensible goal of keeping the crew from being asphyxiated by their own smoke while traveling through the endless snowsheds and tunnels through the Sierra Nevada mountains. 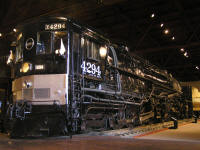 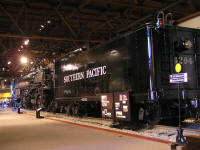 Our resident train geek posed for a snapshot, and we bid adios to Sac town, following basically the same rail route we'd just learned about through the mountains over to Reno. 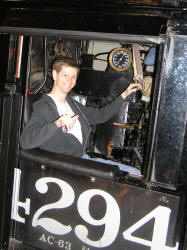