The following was originally posted (see page 14) as part of a mega stoke thread on mtbr called "Do you like to get HIGH, man? (post your high country riding photos)"

And then there were THREE crazy, curvaceous, carbon creations together... AND... they all had the same bike. 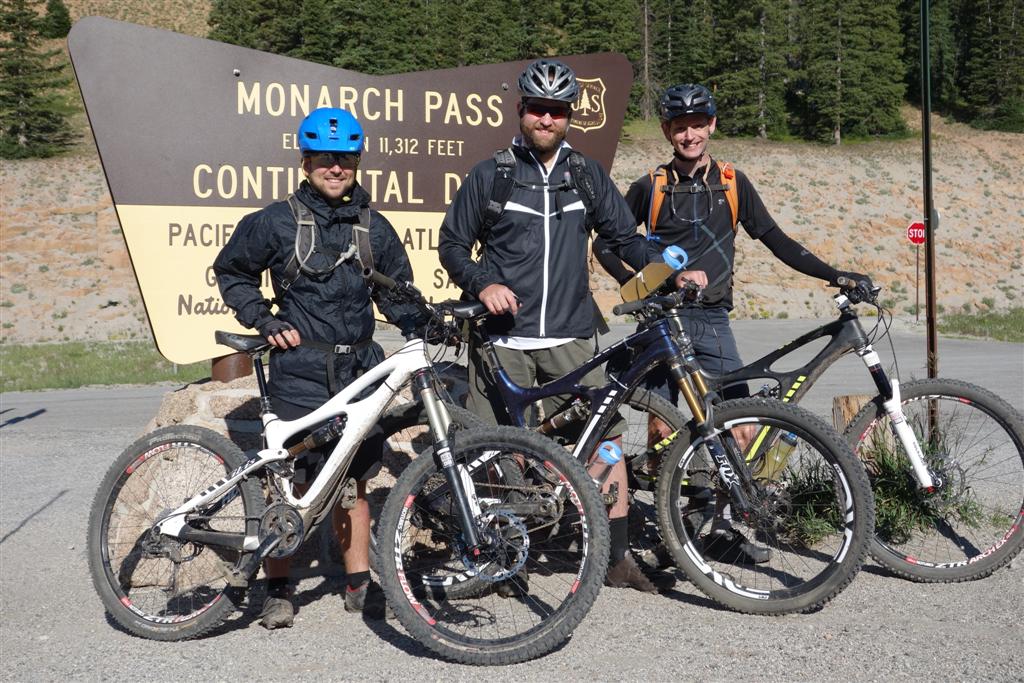 Man, look at that view! 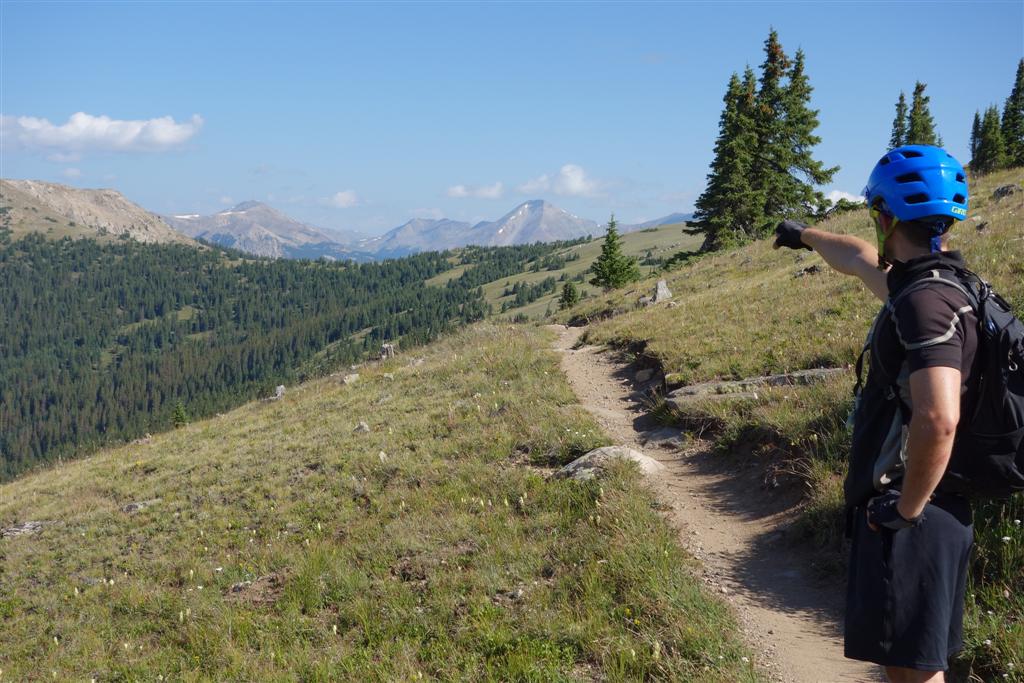 Just a perfect early morning on the Crest: 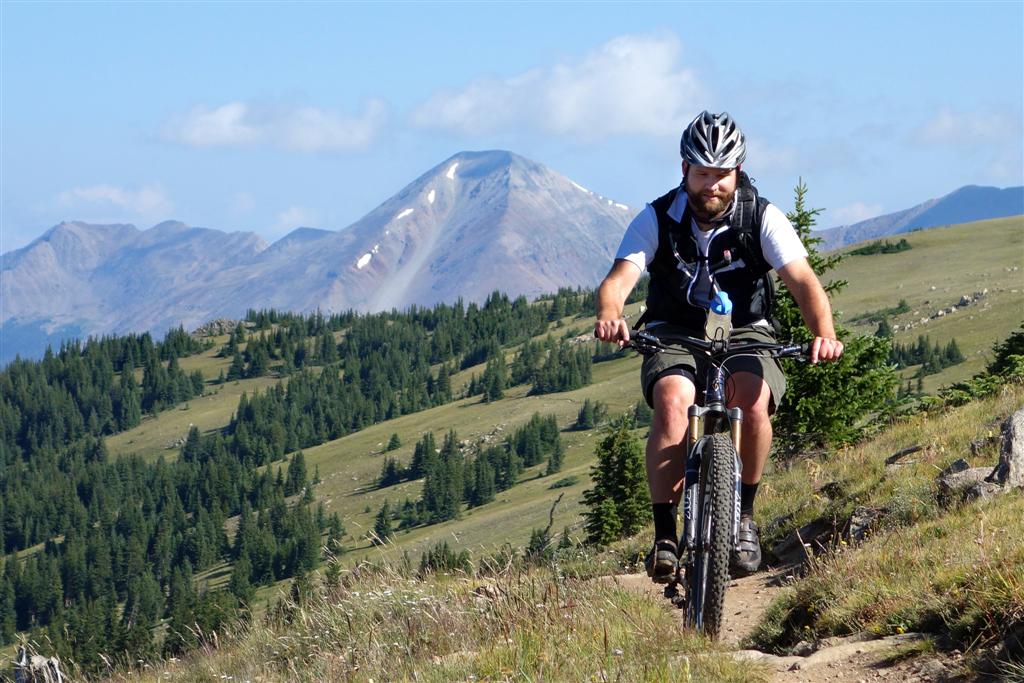 About 5 miles over, we reached our first drop-in of the day, the new-to-us South Fooses section of the CO Trail, as marked by several really snazzy new signs: 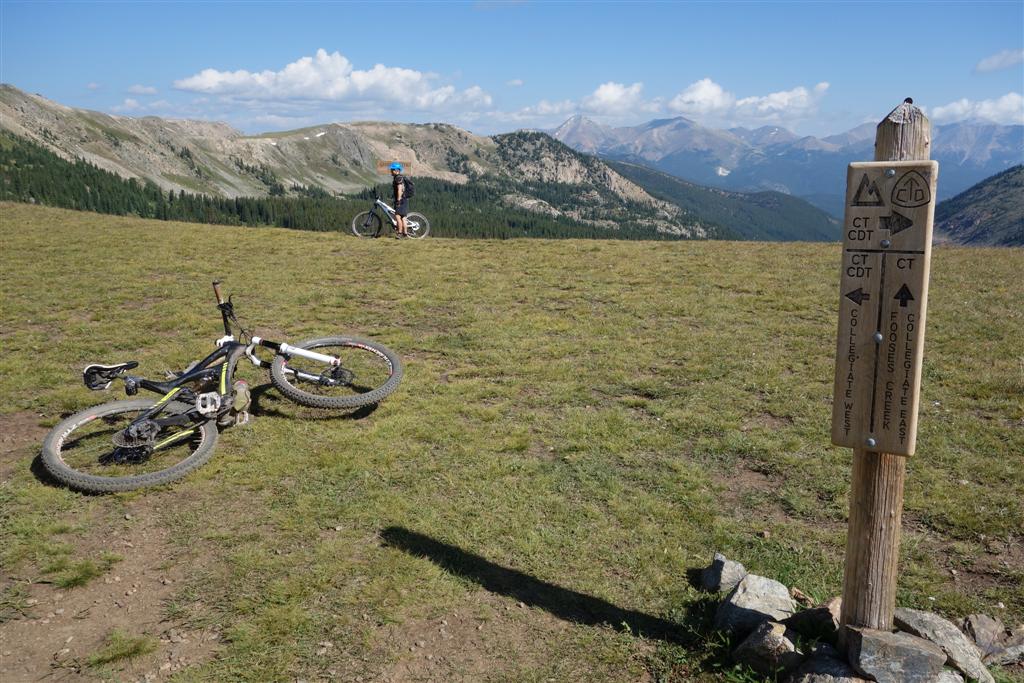 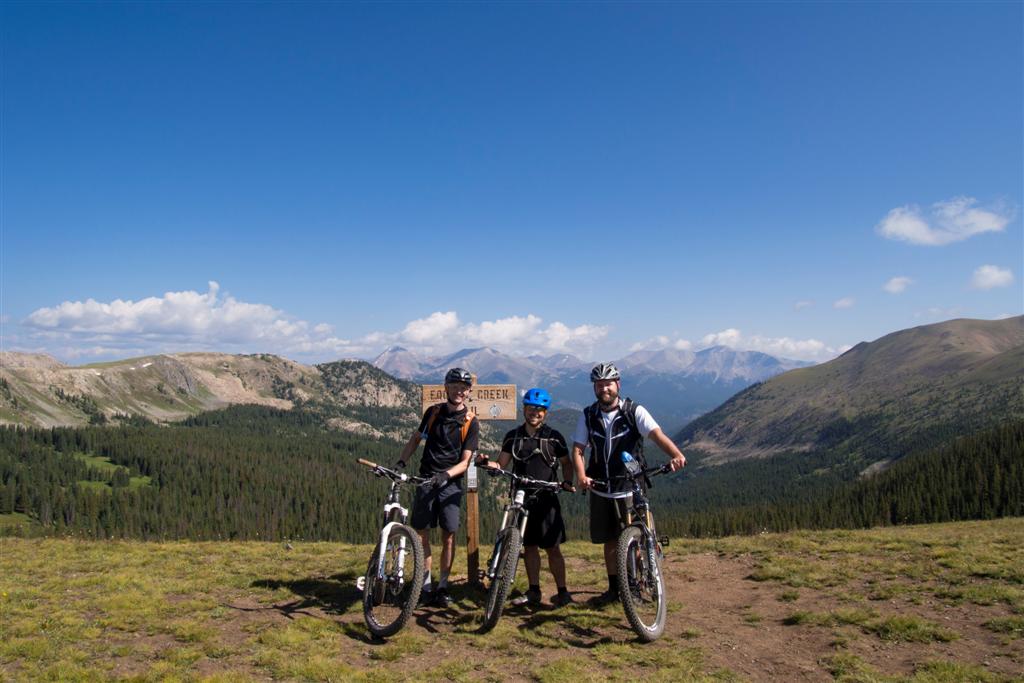 No wonder the CTR folks hate pushing up this in the middle of the night. Steeeep! 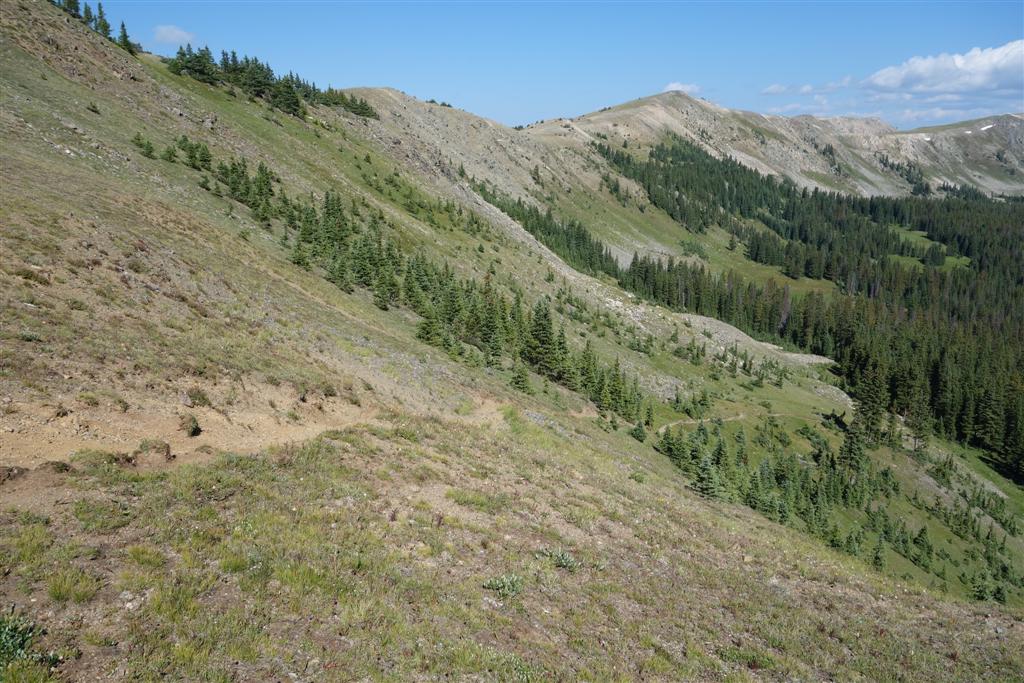 Oh, the fine print says it will be OK. Good. Good! 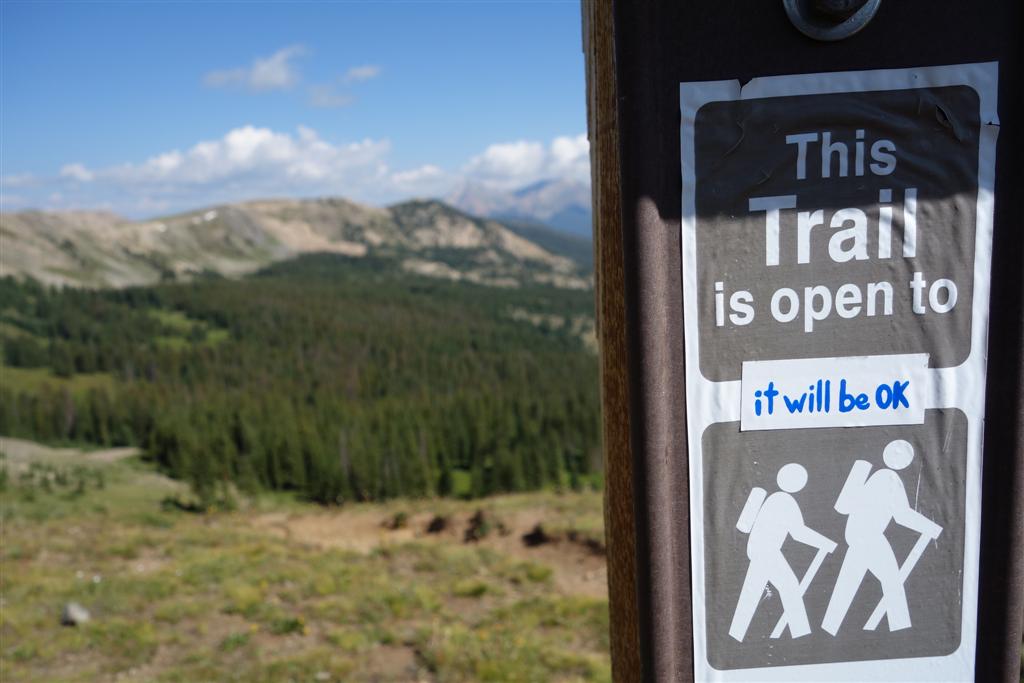 So we dropped in. Managed maybe 100 yards then skidded awkwardly to a stop on a super loose pitch. Scrambled down about 100 feet then rode the rest fine. Indeed, rather rapidly. Man these kind of bikes absolutely devour this stuff. Amazing. Wheeee! 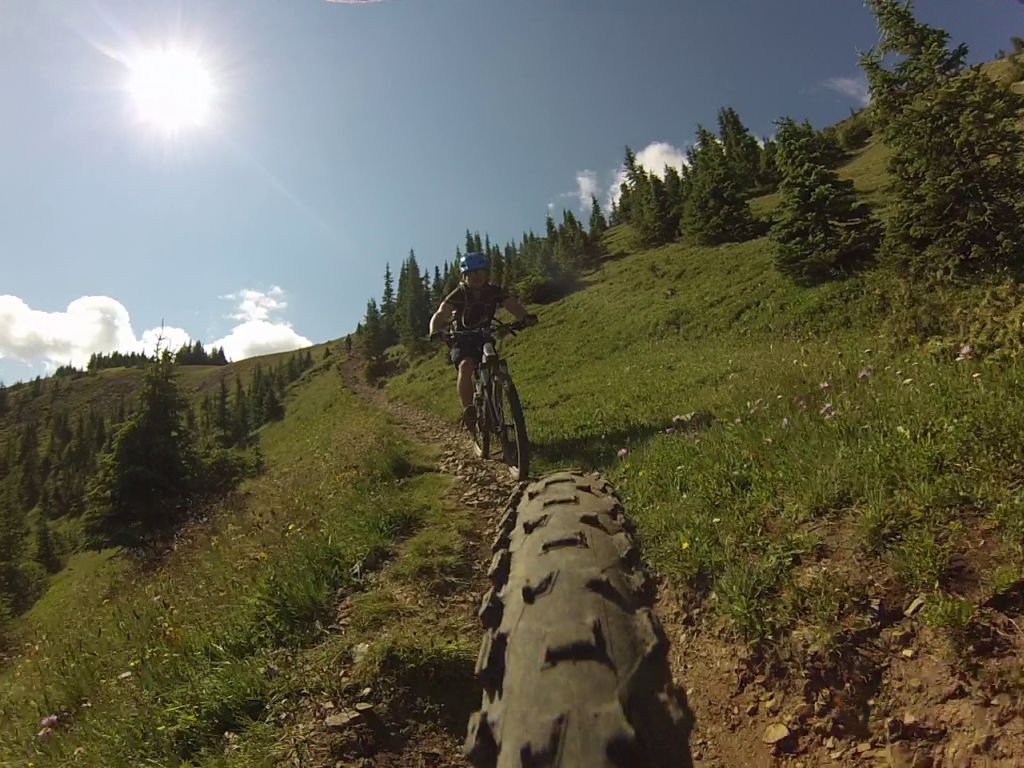 After the famously technical descent, which was waaaaay better than OK, it was super OK to find MsFoldsInHalf waiting at the bottom to haul us back up for Part II: 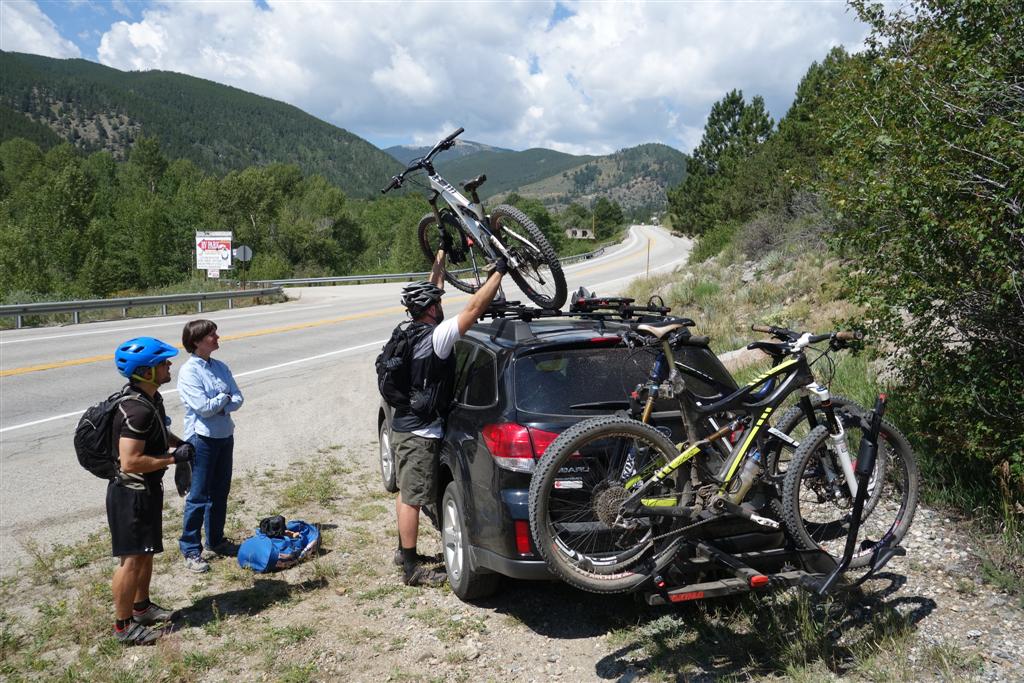 And back across the Crest we went!

But by this time, noon-ish, spooky clouds were gathering and our pace was a little more urgent:

Scenes from around 12k just never get old: 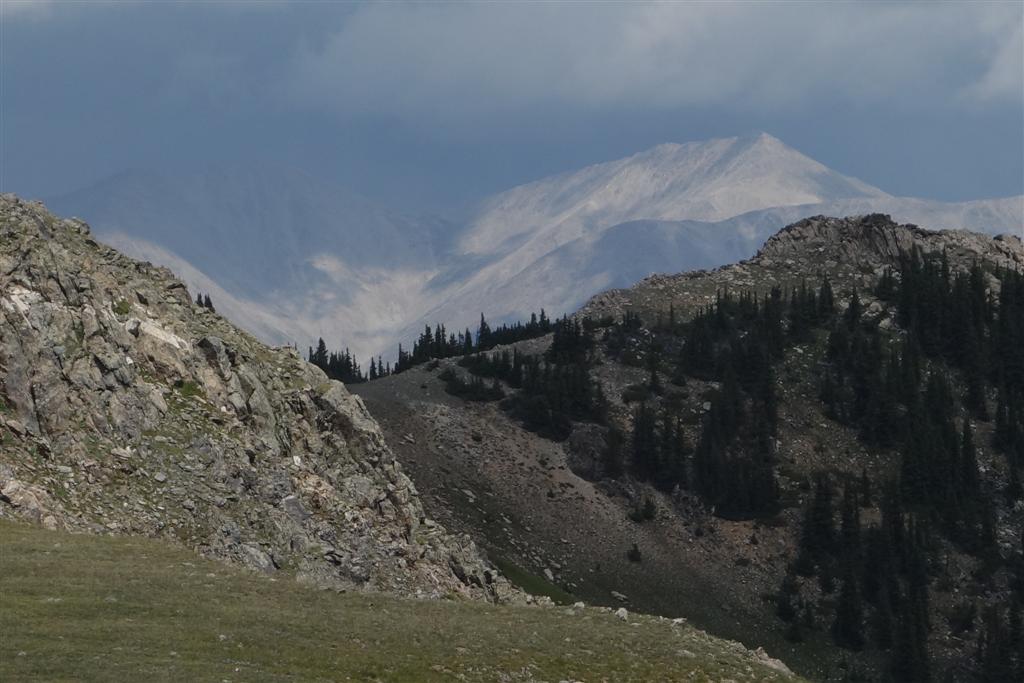 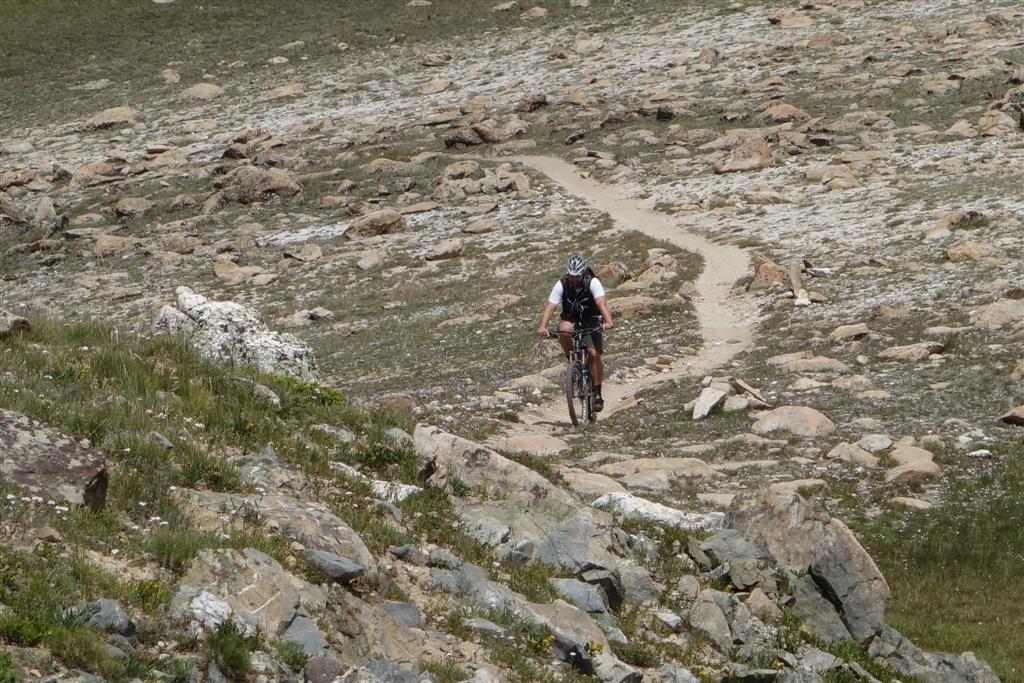 Roughly 8 miles across, we met the Agate Creek Trail, which plunges down the lesser-traveled west side of the Crest. We hit the gas and were quickly below treeline, particularly delighting Klucks, relieved to have not gotten zapped up top: 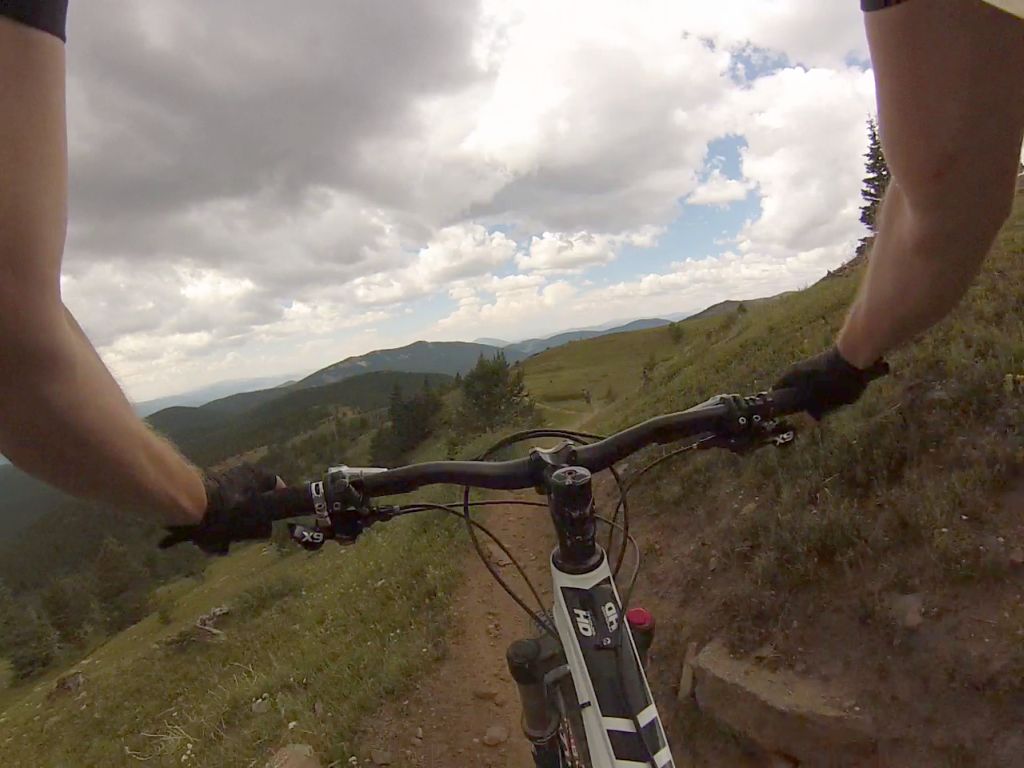 Ripping toward the creek near the bottom of one of the longest relentlessly-steep and technical descents ever. Hands tingling. Thighs burning. Head spinning. Fantastic stuff! 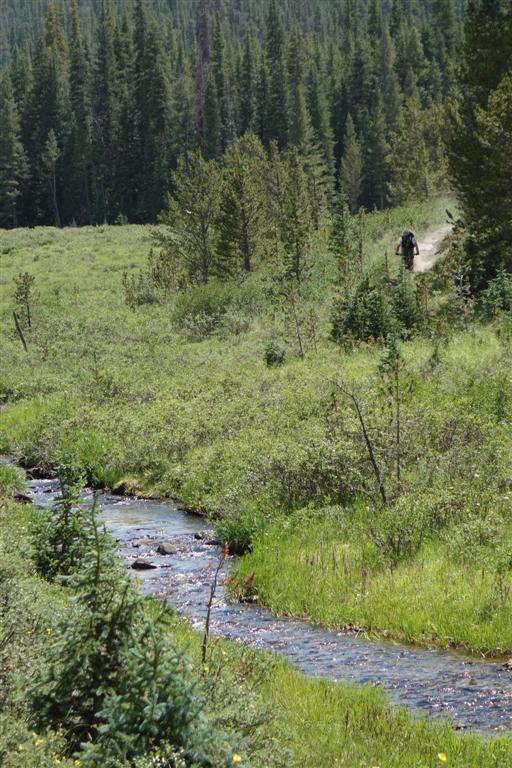 One of the between 7 and 25 creek crossings on the lower half of Agate (depending on who you ask): 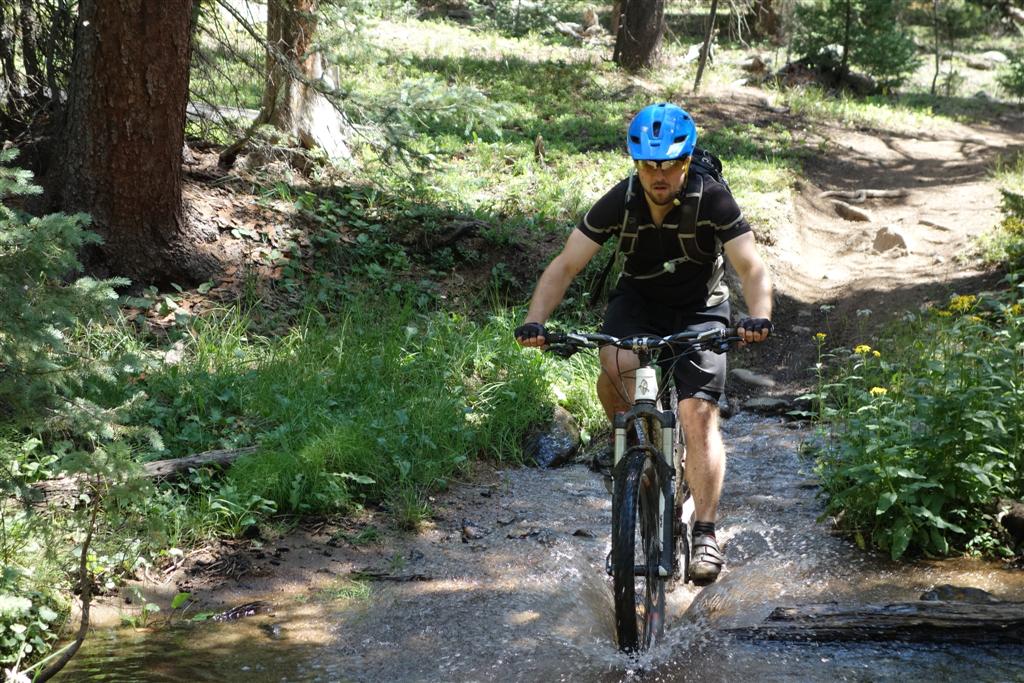 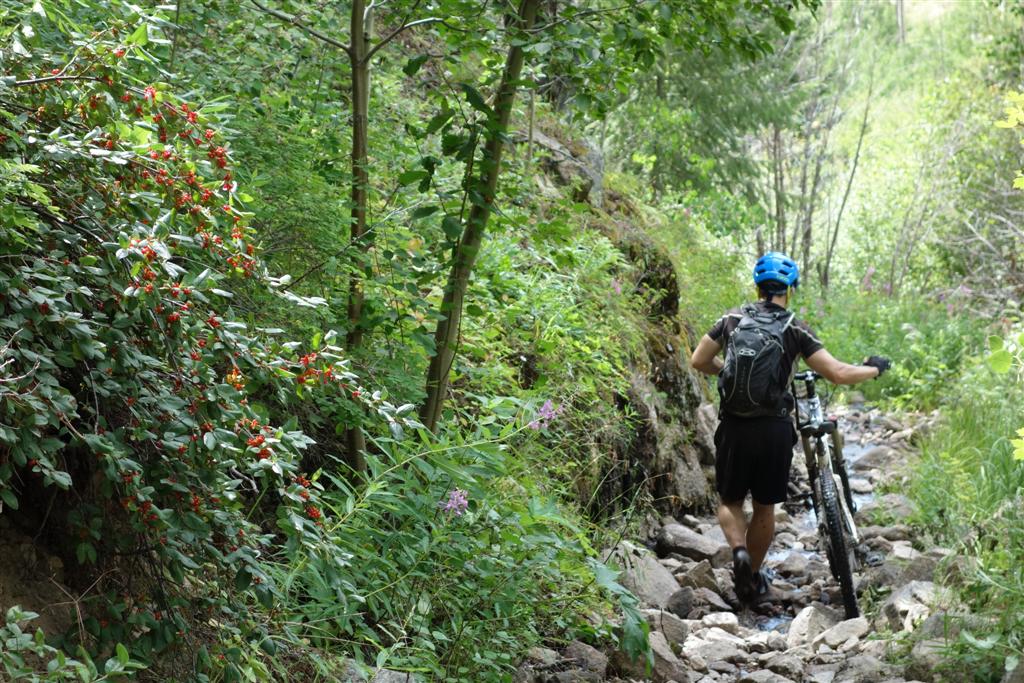 There remained just one painful-at-that-point little push up to the highway, then an easy cruise down to the RV in Sargents to finalize yet another superb day riding bicycles in the mountains.

Over 8000 ft of top-shelf descending. Less than 3000 feet of moderate climbing. Around 35 miles of horizontal. Got high twice. Can't beat that.

Despite getting two car rides up Monarch Pass, there was still plenty of effort expended in twice traversing the (literally) breathtaking Monarch Crest which rolls along between 11-12k feet.  Both descents were sensational, ridiculously fast technical rippers that went on for so gloriously long that you got exhausted going downhill (a very good thing!). 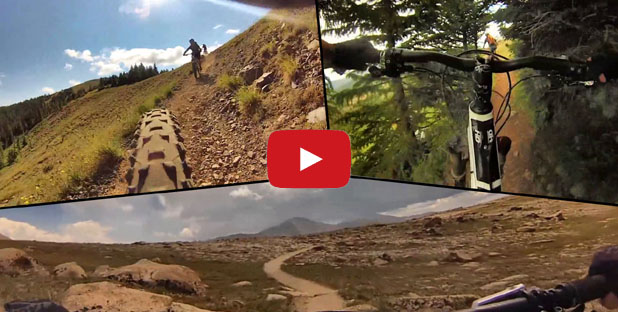